Net electricity production in the Organisation for Economic Co-operation and Development (OECD) countries grew 0.8% year-on-year in 2017, with renewables generation rising 16.7%, according to the International Energy Agency (IEA).

OECD electricity generation from geothermal, solar, wind and other renewables totalled 1,030.3 TWh last year, an increase of 147.2 TWh or 16.7% compared to 2016, which is by far the largest seen in the last decade, IEA said on Thursday. Asia/Oceania, Europe and the Americas recorded gains of 19.4%,14.9% and 18.2%, respectively. 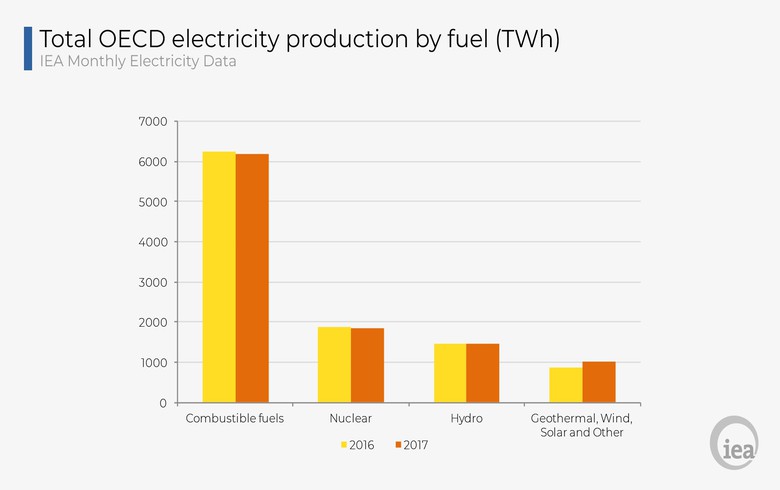 Wind generation increased by 97.7 TWh or 16.4% from 2016, the biggest rise since IEA data began, with Europe contributing 53.2 TWh to the expansion. Solar photovoltaics (PV) also showed a record increase of 54.1 TWh, driven by the Americas, where solar power grew 27.5 TWh.

With respect to other sources of generation, hydro showed a slight rise of 0.5%, while combustible fuels and nuclear fell by 1% and 0.8%, respectively.

The shares of OECD generation by source for 2017 are in the table below:

Chat with our Team